Everyone deserves to live free from sexual violence. In April, we honor Sexual Assault Awareness Month and bring attention to sexual assault on high school and college campuses, in workplaces, and in our daily lives. One out of every six women are victims of attempted or completed rape – behind these staggering statistics are millions of lives that are never the same. And one in five senior girls in Idaho has been forced to have sexual intercourse in the last year – far above the national average. 2017 Idaho Youth Risk Behavior Survey.

With the rise of the #MeToo movement, people across communities are more open to talking about sexual assault. It is exciting to see so many programs holding events or organizing public awareness campaigns to build a culture where everyone is valued, everyone is safe, and everyone can thrive – from the Women’s & Children’s Alliance and many others promotion of Denim Day on April 25th to the Shoshone Bannock Victim Services training on sex trafficking and sexual exploitation to the YWCA Lewiston-Clarkston sexual assault awareness teal rock project to Safe Passages wearing teal to support survivors on a day of action to Advocates Against Family Violence Run for Respect with the College of Idaho. At the end of April, we will send out a brief survey to capture everyone’s activities and share them among all of you.

Finally, congratulations to Teena McBride on her 25th year anniversary at the Domestic Violence and Sexual Assault Center!

These and many other questions can generate healthy conversations regarding masculinity, femininity, healthy sexuality, and humanity. And they can also lead us into an ideological debate where each of us digs their heels into our own perspective rather than stay connected to our collective humanity. What if at least some of our work was in fact much simpler? Rather than weed through the endless stances on pornography, what if we shifted our focus towards a different conversation? Fighting the great power that is the pornography industry may be the work of many of us, especially those of us who work with and care deeply about our young people. We can also choose to fight for what we love, rather than what we may hate.

What we do know is that more of Idaho’s youth will be exposed to pornography at a young age than will be offered medically accurate, healthy sexuality education. And at least some of our young men turn to pornography from a place of curiosity to fill a void left by their lack of education. In our work to engage men at the Idaho Coalition, we consistently encounter young men who have received little or insufficient education about their inherent sexualities and who are moving through adolescence with little or no skills in having meaningful, human conversations around sex and intimacy. We can no longer decide whether or not our young people should receive sexuality education, but we can shift from whom (or what) they will receive it. Young men and people of all genders are perfectly capable of making healthy, respectful decisions regarding their sexuality if they are provided with education, support, and safe environments to ask questions and have conversations. Pornography can seem like it is everywhere – but where are we? We can choose to support our young people in staying connected to their full humanity and move with them towards healthier horizons. If we begin here, no form of media can replace our inherent humanness. 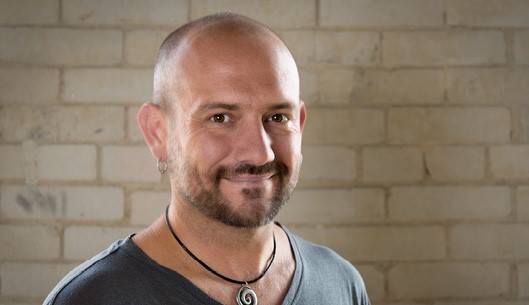 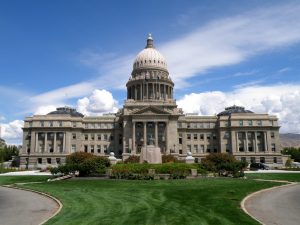 On March 28, 2018, the Idaho Legislature adjourned sine die from the 2018 Legislative Session. Here is a final round up on some pieces of legislation the Idaho Coalition was tracking throughout the session.

If you have any questions regarding any of these failed bills and law, please do not hesitate to contact me at annie@engagingvoices.org. 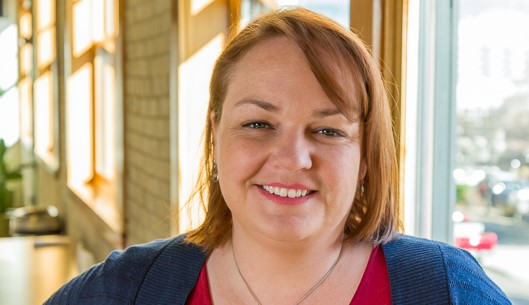 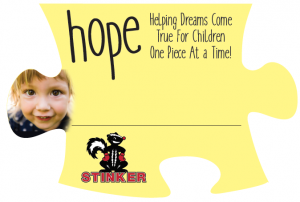 In April, the Women’s and Children’s Alliance launched a fundraising and awareness Piece of Hope campaign with Idaho’s Stinker Stores and five other domestic violence service providers – Advocates Against Family Violence, ROSE Advocates, The Advocates for Survivors of Domestic Violence and Sexual Assault, YWCA of Lewiston, ID – Clarkston, WA and Family Services Alliance of SE Idaho taking place April 9 – May 6, 2018. #WhatCompassionAccomplishes #PieceofHope2018. It is exciting to see programs collaborating across the breadth of our state to increase services for survivors and their children. 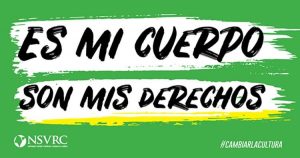 The National Sexual Assault Resource Center has new materials for Sexual Assault Awareness Month in Spanish for and by the Latin@/x community. The goal of the SAAM 2018 campaign materials is to help Spanish-speaking and Latin@/x communities have conversations about sexual violence. The campaign focuses on empowerment and body rights. The materials use the tagline: “Es mi cuerpo, son mis derechos,” or “my body, my rights.” The goal of this message is to empower individuals and communities to challenge unhealthy attitudes and behaviors and promote a culture of respect.

Read an overview about the new materials here: https://www.nsvrc.org/blogs/behind-scenes-look-new-spanish-resources-just-time-saam.

Social media As we share these materials on social media, we will be using the hashtag #CambiaLaCultura. We will also be using #YoSoySAAM, a hashtag created by Arte Sana as a collective effort to promote the inclusion and participation of Latin@/x communities in SAAM. Arte Sana is also hosting a #YoSoySAAM Spanish language webinar series available for bilingual Latin@/x advocates with partners across the country.

ChalkHeART Challenge – LIVE
May 3rd | Challenge begins at 6:30 | Challenge 6:00 – 8:30 PM | Linen Building
Encourage a school or youth group in your area to register for the Statewide or LIVE Challenge here!

FREE Train-the-Trainer: Addressing and Responding to Intimate Partner Violence and Human Trafficking in Community Health Centers across IDAHO
May 23rd and 24th | 9:00 am – 5:00 pm | Linen Building
There is substantial research describing the dynamics and effects of intimate partner violence (IPV) and sex trafficking and related co-morbid health and behavioral health outcomes for women and adolescents. The purpose of this Training of Trainers is to first offer health center staff and other professionals a simple trauma-informed, evidence-based tool on IPV and sex trafficking for use in primary care settings. Providers can help their patients make the connection between their relationship and health outcomes and offer a supportive referral to a domestic violence program.

This Training of Trainers will begin with a 3.5 hour demonstration of the trauma-informed curriculum by FUTURES faculty, followed by 3.5 hours in the afternoon developing attendee readiness as trainers, providing time to practice the curriculum, ask questions, and refine training approaches.

Registrants are encouraged to attend both training days if possible. Click to register. Contact mercedes@engagingvoices.org for additional information.