Bingham County Sheriff Craig Rowland told a news reporter earlier this week that “the majority of rapes [in Bingham County], not to say that we don’t have rapes, we do, but the majority of our rapes that are called in, are actually consensual sex.” Sheriff Rowland’s comments raise significant concerns as they infer gender bias in policing by
disbelieving girls and women who have reported a rape to law enforcement; are contrary to any national studies on sexual assault false allegations; and may unintentionally deter anyone who is raped in Bingham County from reporting the crime to law enforcement.

Girls and women are disproportionately victims of rape. The Centers for Disease Control report that nearly 1 in 5 women and 1 in 59 men have been raped in their lifetime. More than 75% of female victims of rape were first raped before their 25th birthday; 29.9% experienced their first completed rape before the age of 18. And the Bureau of Justice Statistics reports that 6 in 10 rape victims said that they were assaulted by an intimate partner, relative, friend or acquaintance.

The Bingham County Sheriff characterization of the majority of reported rapes as consensual sex is a form of discrimination known as gender bias in policing. Gender bias in policing may result in law enforcement agencies providing less protection to certain victims on the basis of gender, failing to respond to crimes that disproportionately harm people of a particular gender or offering reduced services due to a reliance on gender stereotypes. According to a recent report by the U.S. Department of Justice “gender bias, whether explicit or implicit, conscious or unconscious, may include police officers misclassifying or underreporting sexual assault…or inappropriately concluding that sexual assault cases are unfounded.” Attitudes, beliefs and behaviors that devalue girls and women and their experiences of crime need to be addressed. We have a responsibility to overcome these barriers and foster a justice system where anyone impacted by sexual assault is heard, believed, and validated.

Similarly, Sheriff Rowland’s statement is contrary to any national studies or FBI data regarding false allegations. A recent study of 136 cases of sexual assault reported over the 10-year period, found 5.9% were coded as unfounded or false allegations. These results, taken in the context of an examination of previous research, indicate that the prevalence of false allegations is between 2% and 10%, the same percentage as for other felony allegations.Finally, Sheriff Rowland’s characterization of the majority of rapes reported to law enforcement as consensual sex may deter many individuals from reporting a rape to law enforcement. Rape is already one of the most underreported crimes. The Bureau of Justice Statistics reports that only 15.8 to 36 percent of individuals who are sexual assaulted report the crime to law enforcement. By taking such a public stance and framing the majority of reported rapes as consensual sex, Sheriff Rowland sends a clear message – he does not believe the girls and women who report their rape victimization – not consensual sex – to law enforcement. Rape is not sex, it is an act of violence, and if there is no consent, it is rape.

Sheriff Rowland’s statement highlights that we still have much work to do to change the societal norms that allow for statements that devalue girls and women who have reported a rape to law enforcement. What we do and say about crimes of sexual violence matters. The citizens of Bingham County deserve better, and when victimized they deserve unbiased justice

Reminder that shipping for all material orders made by Programs on the Idaho Coalition website store is FREE of cost, please use the following coupon for all orders.

Crisis intervention is a phrase we all use to describe much of the work of advocates. But what does 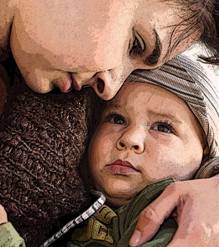 Crisis does not equal an emergency. Crisis is the inner state of a person who is reacting to stress when their normal coping mechanisms are not working. An emergency is a situation that requires immediate external action on the part of someone to prevent injury or death. While it is possible that we may be responding to a call or a situation that is both a crisis and an emergency, such as when a survivor is suicidal, usually the survivor of violence who is in crisis does not need immediate external action as much as they need an empathetic listener who helps develop new coping strategies.

Four steps in crisis intervention include:

Providing crisis intervention allows for survivors to improve their self-efficacy and increase their hope. As Dr. Cris Sullivan points in Examining the Work of Domestic Violence Programs Within a “Social and Emotional Well-Being Promotion” Conceptual Framework, assisting survivors in improving their self-efficacy (their belief that they are competent and able to perform the actions they need to achieve their goals) and establishing hope are two vital components of the work advocates do to assist survivors with their emotional well-being.

As individuals who are providing crisis intervention on a daily basis, your work matters.

Sports have tremendous influence in our culture and in the lives of young people. Athletic coaches play an extremely influential and unique role in the lives of young men; often serving as a mentor to the boys they coach. Because of these special relationships, coaches are uniquely poised to positively influence how young men think and behave
both on, and off, the field. 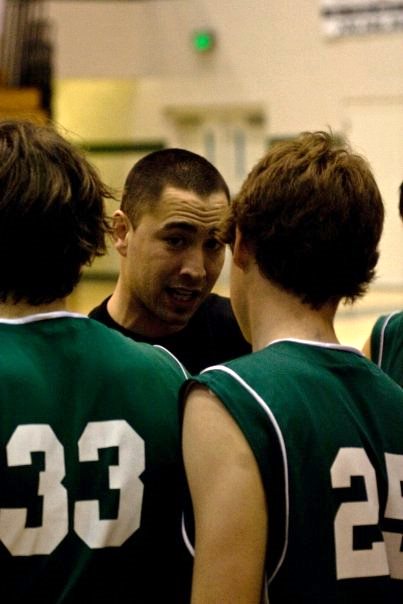 FUTURES’ Coaching Boys into Men (CBIM) program facilitates these connections by providing junior high and high school athletic coaches with the resources they need to promote respectful behavior among their players and help prevent relationship abuse, harassment, and sexual assault. The principles of teamwork and fair play that are central to athletics make sports an ideal platform to teach healthy relationship skills. The Idaho Coalition has been helping communities implement and facilitate the program in communities across Idaho for nearly five years.

The CBIM program is most successful when coaches and staff from local domestic or sexual violence prevention agencies have strong partnerships. Idaho Coalition staff has experience assisting communities implement CBIM and are eager to help community based organizations work with their local athletic programs by engaging coaches/administrators, on-site T.A. and strategies for positive relationship development.

The CBIM curriculum consists of a series of twelve coach-to-athlete sessions that illustrate ways to model respect and promote healthy relationships. The curriculum instructs coaches on how to incorporate themes associated with teamwork, integrity, fair play, and respect into their daily practice and routine. Many coaches are already invested in the lives of their players, well beyond the fields of competition. CBIM has been proven to positively impact athletes’ ability to intervene when witnessing abusive or disrespectful behavior. As leaders themselves, athletes are given the tools and vocabulary they need to stand up for respect and influence their school’s culture.

When you are ready to learn more about CBIM and discuss implementation in your community, please reach out to either Bryan Lyda or Jeff Matsushita. For more information about CBIM, click on the active link above.

Move to End Violence launched their first 21-Day Self-Care Challenge earlier this year. self-care moments. While a few of the Idaho Coalition staff participated, there were many of us who didn’t, but certainly could have benefitted.

Inspired by Move to End Violence and the incredible resources they created for those of us who missed the first time around, we are challenging our staff, our 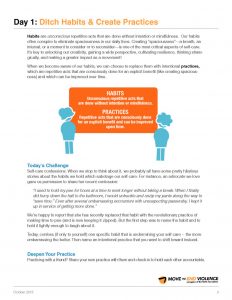 Board of Directors, and each of our Program’s throughout the state to join us in revisiting MEV’s Challenge.

How is this going to work?

Each newsletter, we will send out one self-care prompt “to help you become more aware of your habits around self-care and to begin to shift those habits into more sustainable, mindful practices.” →

We encourage you to participate as a staff and to share your experiences with us via email.