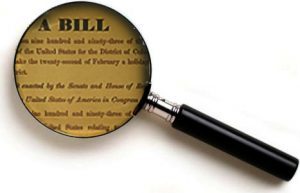 This upcoming session, Idaho lawmakers will likely consider a bill that would allow survivors of sexual assault to obtain a civil protection order against their alleged perpetrators — even if there is no corresponding criminal case.[1]

The bill, which Rep. Melissa Wintrow, D-Boise, told the Idaho Press she plans to sponsor, would allow people who have been sexually assaulted to obtain civil protection orders through the same avenues available to those who have experienced domestic violence.

Under that process, outlined in chapter 63 of the Idaho Statutes, a person can obtain a civil protection order against another person, even if there is no corresponding criminal investigation. The law allows for a 14-day ex parte temporary protection order — meaning the person asking for the order can make their case before a judge without the other person present.

Under current law, if the judge feels “irreparable injury could result from domestic violence if an order is not issued immediately without prior notice to the respondent,” the judge can issue the emergency protection order. The alleged perpetrator would be notified of the order.

After the initial two weeks, the people involved in the protection order can attend later hearings with attorneys, and the order can be quashed, or reissued. An order can last up to a year, Wintrow said, and can be renewed.

Wintrow’s bill updates the language to allow people who have been sexually assaulted to obtain protection orders as well.

Under current Idaho law, Wintrow said, judges aren’t considering guilt or lack of guilt of an alleged perpetrator when issuing a civil order of protection for domestic violence. They’re considering a sworn affidavit from the person seeking the order and the likelihood of future harm.

Wintrow said the bill would ask a judge to consider, in the case of a sexual assault, the risk of future physical, emotional or psychological harm when deciding whether to issue an order.

As the law stands, a person can only pursue a protection order against someone in that manner if they’re in a domestic relationship — meaning they must live together, have an intimate relationship or have a child together.

“So right now if I were to be sexually assaulted by my neighbor, and I said I need a protection order because I’m afraid of physical, future harm, the judge would say, ‘You don’t have an intimate partner relationship with your neighbor, so I can’t issue you a protection order,’” Wintrow said. “Which is a problem.”

She said she’s heard from law-enforcement officials, community-based programs and victim-witness coordinators who say the law change is needed.

“Every single one of them has indicated, on varying levels of excitement, that this is a need, and there is no way to grant somebody (who has been sexually assaulted) an order of protection the way the law is currently written,” Wintrow said, in reference to civil protection orders.

Such orders are handled differently in criminal cases — once someone has been charged with a crime, a judge can decide to issue a no-contact order in the case, if the judge feels it is appropriate.

Annie Hightower, director of law and policy for the Idaho Coalition Against Sexual and Domestic Violence, remembers working on similar legislation in 2012 before she left the organization to work as Boise State University’s Title IX coordinator, investigating sexual assaults. She has since returned to the coalition and still feels the legislation is necessary.

“For most people who experience sexual assault, they experience it between ages 16 and 24,” Hightower said. “It’s typically someone that they know, but it may not be an intimate partner, though. It’s someone that they go to class with, or they are at a party with, or they somehow otherwise know, but aren’t necessarily dating. So they’re automatically excluded from a domestic violence (protection) order because they’re not in a dating relationship.”

Hightower remembers cases in which police told survivors to try to obtain a protection order against the person who sexually assaulted them.

“So they were already showing up to the courthouse, petitioning for a protection order, and then the court would tell them, ‘I’m sorry, we can’t do this for you,’” she said.

Sexual assault investigations are different from domestic violence cases in many instances, she said, in that an arrest does not typically occur quickly. Thus, a civil protection order could help keep a victim safe — and keep an alleged perpetrator away — over the course of an investigation.

Hightower argued civil protection orders in cases of sexual assault present fewer potential due-process problems for an alleged perpetrator than in domestic violence cases. The victim won’t be sharing a home with the person who sexually assaulted them, for instance, and firearms aren’t involved, either. She said she does expect some to argue against the bill out of concern for an alleged perpetrator’s due-process rights, however.

Wintrow addressed those concerns, as well.

“We’re not taking anybody else’s rights away,” Wintrow said. “We’re saying, ‘I’m afraid for my safety, I just want you to stay away from me.’”

The judge will decide whether the order is necessary, Wintrow said. If it is, the alleged perpetrator will still have a chance to present their side of the story at a due-process hearing 14 days later — and even if an order remains in place, it’s still not a conviction of a crime, she said.

An attempt to reach a local defense attorney Monday for comment on the proposed legislation was unsuccessful.

Wintrow has a draft of the bill, but is still finalizing its language. She said she’s optimistic about its passage.

“I have not heard any resistance,” she said. 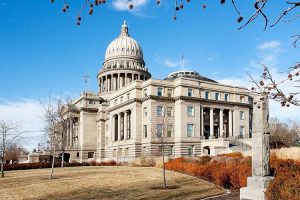 Acts of emotional and psychological violence will be included in Idaho’s definition of domestic violence.

The House Health and Welfare Committee unanimously approved a section of administrative rules Monday that updates the state’s definitions for domestic violence and victims.

The adopted rule expands the scope of domestic violence beyond physical abuse to include intimidation, control, coercion, emotional and psychological abuse and behavior, harassment, financial abuse and more.

It also adds a definition for victim as “a person who suffers direct or threatened physical, sexual, emotional, psychological, or financial harm as a result of an act by someone else, which is a crime.” Language was eliminated that narrowly defined victims as spouses, blood relatives and roommates.

The section of rules governs the Idaho Council on Domestic Violence and Victim Assistance, which oversees and distributes federal grant money for victim services and programs.

Also included in the rule update are changes to the mechanics of the grant process.

Federally recognized tribes are now eligible to apply for victim services grant money. The period for grant awards was extended from one year to three, and applicants may now submit an online request for funding. It also adds stricter provisions on the conflict of interests of those determining grant distributions.

“We believe that these changes will positively impact the community programs that apply for our funding and their ability to secure and sustain funding from the council,” Fitzgerald said.

About $12.5 million in federal grant money was distributed in 2019 to more than 40 programs across Idaho.

We invite you to join us for an evening of shared storytelling at the Collective Thriving Story Circle gathering on Thursday, January 23rd from 6:00 – 9:00 PM at the Linen Building, 1402 W. Grove Street. Malia Collins, Idaho’s Writer in Residence, will be the host of the evening of storytelling.

The Collective Thriving Story Circle is a project of the Idaho Coalition Against Sexual & Domestic Violence and inspired by the We Choose All of Us Community of Purpose. 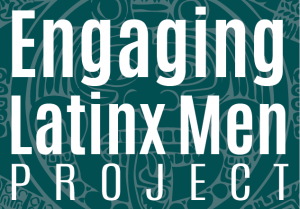 The Engaging Latinx Men project would like to invite you and your community contacts to participate in our first community capacity building workshop for the grant on Friday, January 24th from 9 AM to 12 PM in the South Simplot Dining Hall at the College of Idaho.

The Engaging Latinx Men project is a project of the Idaho Coalition Against Sexual and Domestic Violence whose primary goal is to engage Latinx men and boys in the movement to end domestic and sexual violence in Canyon County through reconnecting to culture, shifting how men navigate masculinity, and raising awareness within community.

We invite community members and partners to our first community capacity building workshop! Another email with a flyer will go out at the beginning of the new year. Those interested can register here or email me at estefania@engagingvoices.org. 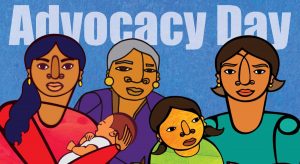 Executive Director’s Learning Community – Wednesday, February 5th 1:00 – 5:00 – a two-hour or more training on nonprofit financial management by Josh Tyree, CPA with Harris CPS’s and a two hour open round table discussion. We will also have an optional group dinner opportunity for everyone.

Idaho Prevention and Response to Domestic and Sexual Violence Advocacy Day – Thursday, February 6th 10:00 (set up), 11:00- 1:00 – an opportunity for you to talk with representatives and senators to promote your work in the community and highlight challenges and gaps that could be addressed through public policy. It also continues the strategy to seek a direct state appropriation for community and tribal programs for the prevention and response to sexual and domestic violence. Lunch will be provided for participants and legislators. We will provide a table and linen. Each participant should bring program materials and have at least 1 person available to be at their table for the 2-hour block.

Immigrant survivors of domestic violence and sexual assault often face unique challenges and additional barriers to accessing and maintaining safe housing. Since the enactment of the Violence Against Women Act (VAWA) in 1994, VAWA has always included vital protections for immigrant survivors, recognizing that abusers often use their victims’ dependent or unauthorized immigration status as a tool of abuse. Attendees of this webinar will learn how to identify and help immigrant survivors navigate challenges when seeking services and safety, as well as focus on strengths-based and trauma-informed advocacy for immigrant survivors. Additionally, presenters will discuss the impact of potential policy changes, such as the HUD mixed status rule or the public charge rule, and provide additional resources and information.