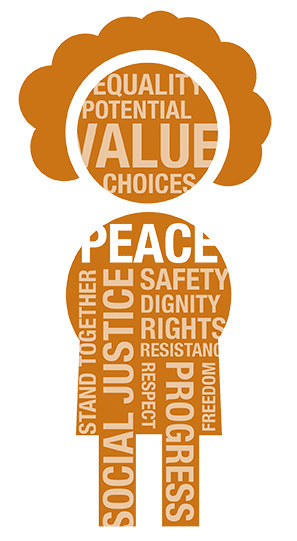 Move to End Violence grew out of the bold vision of the NoVo Foundation. Rather than accept a world fueled by competition, domination, and exploitation, NoVo decided to resource strategies that would lead to social transformation –- bringing us closer to a world thriving on partnership and collaboration.

A key strategy is to improve the status and well-being of girls and women worldwide, who often experience violence, poverty, and discrimination simply because they are born female. This is a consequence –- but also a cause –- of a world greatly out of balance. The NoVo Foundation believes that those same girls and women, once free from violence and empowered as agents of change, can lead the way to a better world.

Violence against girls and women has a devastating impact on virtually every community and country in the world, including in the United States. Thanks to the tireless work of countless activists, we have made progress. With great effort, attitudes have shifted, resources have been allocated, and systems have been changed to help address the problem and alleviate its effects. And yet, staggering rates of violence against girls and women remain. Powerful, systemic forces stubbornly persist and perpetuate this oppression. Only a bold response will truly transform society.

In November 2012, Kelly Miller, Executive Director of the Idaho Coalition Against Sexual & Domestic Violence, was named by the NoVo Foundation as one of 20 new leaders selected to join its groundbreaking Move to End Violence program, a 10-year, $80 million program to strengthen leaders and organizations, and build a breakthrough movement to end violence against girls and women in the United States.

“These leaders have shown incredible vision and courage in their day-to-day work, confronting violence, abuse, rape and trafficking of women and girls in their communities,” said Jennifer Buffett, President and Co-Chair of the NoVo Foundation. “The Move to End Violence program is an effort to honor their bold leadership and harness their potential to create the change needed so that girls and women can live free of violence.” 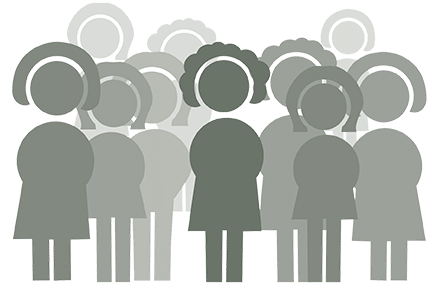 NoVo Foundation’s mission is to foster a transformation in global society from a culture of domination and exploitation to one of equality and partnership. Co-Chaired by Jennifer and Peter Buffett, the foundation was started with a generous one billion dollar pledge by Peter’s father, Warren Buffett. As they determined where NoVo would focus these resources, Jennifer and Peter felt strongly about entering a field that was both under-resourced and had significant potential for impact. They saw that girls and women in particular are undervalued and mistreated – but hold untapped potential for creating positive, lasting change in the world. Today, the NoVo Foundation initiatives include: Ending Violence Against Girls and Women; Empowering Adolescent Girls; Advancing Social and Emotional Learning; and Promoting Local Living Economies. Learn more at www.novofoundation.org.

Books We Believe In