PRECONFERENCE IS SOLD OUT

Collective Thriving (previously Compassionate Communities) is a two-day conference where we will explore ways to repair the harm from our culture of domination, extraction, and violence and to re-imagine a world rooted in interdependence, resilience, and regeneration.

We are among millions of people in our country who are choosing one another, knowing in this moment the forces of fear, hate, and violence have become more visible and empowered. Collective Thriving is about the deepest values, whether we will value each other and act on these values. This is a time of choosing and we have chosen each other. This is a time of (r)evolution for humanity, a time to plant and nurture the seed that reconnects us to us. Together, we can create and manifest hope – the hope grounded in truth-telling, in seeing what it is and what it can be, what it will be – a world where everyone is valued, everyone is safe, and everyone can thrive. 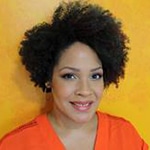 Ijeoma Oluo is a Seattle-based writer, speaker, and Internet Yeller.  She’s the author of the New York Times Best-Seller So You Want to Talk about Race, published in January by Seal Press. Named one of the The Root’s 100 Most Influential African Americans in 2017, one of the Most Influential People in Seattle by Seattle Magazine, one of the 50 Most Influential Women in Seattle by Seattle Met, and winner of the of the 2018 Feminist Humanist Award by the American Humanist Society, Oluo’s work focuses primarily on issues of race and identity, feminism, social and mental health, social justice, the arts, and personal essay. Her writing has been featured in The Washington Post, NBC News, Elle Magazine, TIME, The Stranger, and the Guardian, among other outlets. 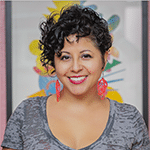 Favianna Rodriguez is an award-winning artist, cultural strategist, and social movement leader who has partnered with national organizations and progressive advocacy groups to design effective cultural campaigns. Her projects include creating art for Ben & Jerry’s Pecan Resist, partnering with Jill Solloway to create 5050by2020.com, collaborating with #TimesUp Entertainment, and leading immersive artist delegations to the US Mexico border. A strategy advisor to artists of all genres, Favianna is regarded as one of the leading thinkers and personalities uniting art, culture and social impact. In addition to being the visionary behind the Migration Is Beautiful imagery and narrative – documented by Pharrell Williams in a 3-part documentary – Favianna embodies the perspective of a first-generation American Latinx artist with Afro Peruvian roots who grew up in working-class Oakland, California during the birth of the internet, and in the midst of an era of anti-immigrant hate and a war on drugs. 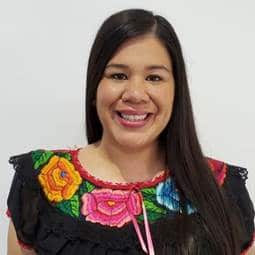 Mónica Ramirez is a long-time advocate, organizer, and attorney. In 2003, Mónica created the first legal project in the U.S. specifically focused on addressing gender discrimination against farmworker women, which she later expanded in 2006 when she founded Esperanza: The Immigrant Women’s Legal Initiative of the Southern Poverty Law Center. In 2011, she co-founded Alianza Nacional de Campesinas. In her role as Alianza’s board president, Mónica wrote the “Dear Sisters” letter to women in the entertainment industry that was published in TIME magazine that was credited in helping to spark the launch of TIME’S UP. In 2014 she founded Justice for Migrant Women and currently serves as the President of Justice for Migrant Women and the Gender Justice Campaigns Director for National Domestic Workers Alliance. Mónica has received numerous awards for her leadership, including Harvard Kennedy School’s first Gender Equity Changemaker Award, Feminist Majority’s Global Women’s Rights Award, the Smithsonian’s Ingenuity Award and Forbes Mexico named her among the 100 Most Powerful Women in 2018. Mónica was born, raised and lives in Fremont, Ohio. She is married to Scott Derome. Mónica and Scott are the parents to an inquisitive, kind and energetic son. 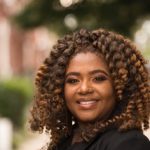 Farah Tanis is a New York City–based transnational Black feminist, human rights activist and co-founder and executive director of the Black Women’s Blueprint and of the Museum of Women’s Resistance. She is the chair of the US Truth and Reconciliation Commission on Black Women and Assault, a 2012 U.S. Human Rights Institute Fellow. Founder of the Museum of Women’s Resistance (MoWRe), Creator of Mother Tongue Monologues, Contributor to several grassroots documentaries, development and teaching of curricula and human rights policy advocacy and organizing in the U.S. and the Caribbean. She attended the 2017 Women’s March to raise awareness on the trafficking of black women. Having experienced physical and sexual abuse as a child, Tanis began working in activism on behalf of women around 1993, running a women’s shelter before founding Black Women’s Blueprint. She was one of the organizers of the 2017 March for Black Women in Washington D.C 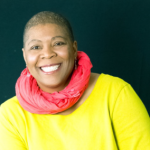 M.L. Daniel is the Founder of Spiritual Alchemy which empowers organizations and individuals to rediscover, embrace, and activate their spirituality. In addition to being an attorney for over 25 years, M.L. is an ordained minister and trainer who has worked with organizations specializing in the areas of domestic violence and sexual violence. Working from the principle that everyone has a connection to Spirit, ML acts as a guide, creating the conditions in which her clients can reconnect to their own deep knowing. She ministers through retreats, workshops, facilitation, speaking engagements, and coaching. ML is devoted to helping justice seekers in both the nonprofit and business worlds. She has had the honor to work with many wonderful organizations, including California Coalition Against Sexual Assault, Washington State Coalition Against Domestic Violence, The Resonance Network, and Move to End Violence, a program of the NOVO Foundation, and with individual justice seekers from a broad scope of industries and non-profit leaders seeking to align their lives and work with their purpose.